In theory, nearly all scrap metal can be recycled. This is because most metals can be broken down into their constituent parts so that only pure elements remain, such as iron, aluminium or copper. The trouble is that many alloys, or mixes of different metallic elements, are not always so easy to recycle. What's worse is that the energy that would be needed to reprocess certain alloys is so great that it effectively becomes uneconomical to recycle them. As such, metal recycling tends to focus on certain metallic elements and alloys that are the easiest to process. Which scrap metals fall into this category?

To begin with, it is the so-called precious metals that are most sought after from scrapped sources. You might immediately recognise gold and silver as precious metals that can be reclaimed from old jewellery, for example, but such elements can also be obtained from scrapped electronic products. There is a surprising amount of gold that goes into smartphones, electrical cables and even false teeth nowadays. However, items like catalytic converters also make extensive industrial use of other precious metals, often called the white metals. Scrap metals that are included in this group include palladium and platinum among others.

A lightweight material, aluminium and some alloys that are made with it have numerous industrial uses. As such, it is highly sought after in metal recycling plants and is usually sorted from ferrous metals quite easily because it is not magnetic. Aluminium is found in drinks cans, food containers, aircraft fuselage and window frames among plenty of other products. It does not rust in a conventional sense either with a very stable outer layer of oxidisation. As such, it can be used and reused endlessly.

Copper may not be a precious metal but it is extremely attractive to look at with a distinctive ruddy appearance. This metal has antimicrobial properties so it is sought after for food preparation and medical products. It is also a great conductor of electricity. That's why, as a scrap metal, it is often retrieved from wiring with the sheathe removed to reveal the metal beneath. A copper-alloy, brass, is also highly recycled. This metal contains zinc and can be repurposed without needing to separate it from the copper in it. It is often used to form plumbing components and locks, for example. Recycled brass is also widely used to make new musical instruments, such as trumpets, tubas and cornets.

Reach out to a professional who provides metal recycling services to learn more. 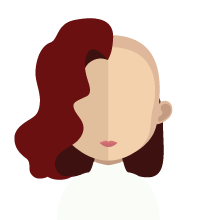 Welcome to my blog. My name is Amanda, and I am a multi-media artist, furniture designer and lover of all things re-purposed. Over the years, I have found a number of creative ways to integrate old garbage (or what appears to be garbage) into creative projects such as medicine cabinets, installation art pieces, chairs, decorative wall hangings and more. If you are tired of sending things to the landfill, this blog has tips for you. Learn how to use your old garbage, but also learn about recycling in general. It has taken me years to amass this much information, but you can pick it up quickly by exploring this blog.